Babar Azam to discuss with Amir regarding his retirement 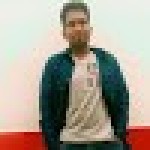 Babar Azam, Pakistan cricket Captain offered a glimpse of hope for Amir’s potential return to the national team, saying “he will talk to him about his issues”. In an interview with Cricket Pakistan, Babar said he hadn’t spoken to his Karachi Kings teammate yet on the matter, but acknowledged “he was one of the Pakistan’s best bowlers”.

This is the first time Babar Azam has publicly spoken about Mohammed Amir’s departure from international cricket last year stating “mental torture he could not bear“.He accused the coaching staff of “saying things against me”. The worst part of the departure, and statements followed by Amir of a similar nature, meant the possibility of the two sides coming to a possible solution have looked very glimpse than ever.

“When we talk, we’ll discuss what his issues [with the national side] are,” Babar said. “He’s one of the best left-arm bowlers and I really admire him. The way he’s performed in the PSL so far, I just hope he performs the same way again, and that’s what we are focused on so far.“

Mohammed Amir had put blames on the current coaching staff when he got retired, pointing out the bowling coach, Waqar Younis. Misbah-ul-Haq, the Head coach hit back at Amir a few days later, accusing him of “making up” the reasons that prompted his retirement.

Mohammed Amir has gone too far saying he will “only return once this management leaves” which means in there is a change at the top of the PCB management, either cricketing or administrative committee, the hopes of Amir being welcomed are less distant.

Amir’s decision to announce retirement was immediately accepted by Wasim Khan,CEO of PCB and further remarks by him have got no response from the the PCB.

For the latest Cricket updates, check out the website here https://www.erosportz.com